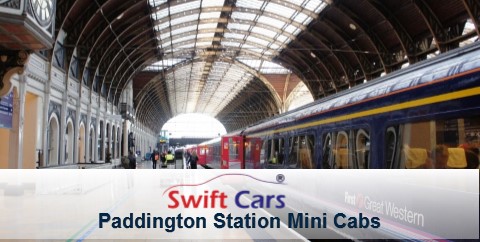 The complex has recently been modernised, and now has an additional role as the London terminus for the dedicated Heathrow Express airport service. Paddington is in Travelcard Zone 1.

Paddington Station minicabs can be booked on the phone: 02073283333, online or on the latest Swift Cars minicab Mobile App available to download for free from the App Store and the Play Store.