Book and track your car Online 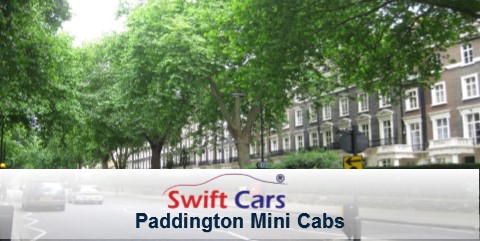 Paddington is a district within the City of Westminster, in central London, England. Formerly a metropolitan borough, it was integrated with Westminster and Greater London in 1965. Three important landmarks of the district are Paddington station, designed by the celebrated engineer Isambard Kingdom Brunel and opened in 1847; St Mary’s Hospital and Paddington Green Police Station (the most important high-security police station in the United Kingdom). Whenever you need a Paddington Station minicab, a minicab from St. Marys Hospital, Swift Cars can always pick you up within approx. 5 minutes! With over 150 vehicles in the fleet Swift Cars can always provide minicabs in Paddington or in other parts of central London straight away!

Paddington Station minicabs can be booked on the phone: 02073283333, online or on our latest Swift Cars Minicab Mobile App available to download for free from the App Store and Play Store. Booking a quick and reliable minicab in Paddington has never been easier! Book your minicab in advance and we’ll guarantee to be on time!