Hampstead, commonly known as Hampstead Village, is an affluent area of London, England, 4 miles (6.4 km) north-west of Charing Cross. Swift Cars is a proud provider of minicabs in Hampstead. Part of the London Borough of Camden in Inner London, it is known for its intellectual, liberal, artistic, musical and literary associations and for Hampstead Heath, a large, hilly expanse of parkland. The village of Hampstead has more millionaires within its boundaries than any other area of the United Kingdom. Swift Cars offers quality, reliable and cost effective mini cab in Hampstead, Hampstead Airport Transfer, Heathrow Airport Transfer, Luton Airport Transfer, Gatwick Airport Transfer, City Airport Transfer and Stansted Airport Transfer. Swift Cars Minicab fares are very competitive! We are offering unbeatable value Hampstead Airport Transfer, Hampstead to Heathrow, Hampstead to Gatwick minicab, Hampstead to Stansted minicab, Hampstead to Luton Minicab and Hampstead to City Airport transfer. To the north and east of Hampstead, and separating it from Highgate, is London’s largest ancient parkland, Hampstead Heath, which includes the well-known and legally-protected view of the London skyline from Parliament Hill. The Heath, a major place for Londoners to walk and “take the air”, has three open-air public swimming ponds, one for men, one for women, and one for mixed bathing, which were originally reservoirs for drinking water and the sources of the River Fleet. Swift Cars Hampstead Minicabs are a great choice if you would like to get to the park or any other Hampstead attraction. Local activities include major open air concerts on summer evenings on the slopes near Kenwood House, book and poetry readings and fun fairs on the lower reaches of the Heath. There are many London black taxis in Hampstead, but they are very expensive with airport journey more than double the Swift Cars price.

Swift Cars minicab can take you to any of the museums in Hampstead and anywhere else in London: Fenton House, Freud Museum, Burgh House, Keats House Museum, Kenwood House

Hampstead NW3 minicab can be booked on the phone: 02073283333, online or through our latest Swift Cars Minicab Mobile App available to download for free from the App Store and Google Play. 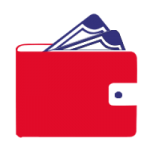 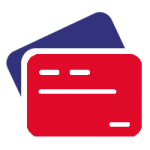 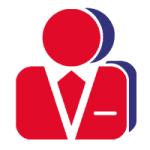